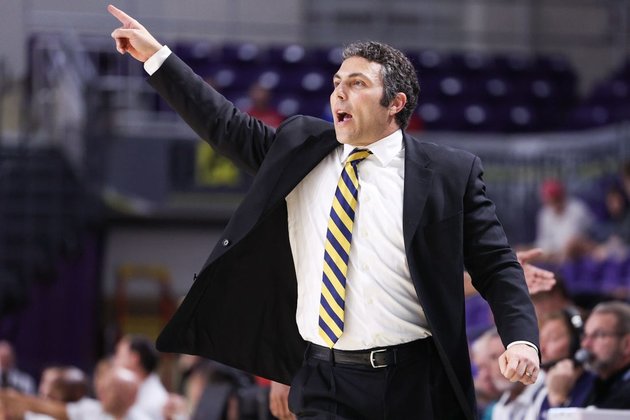 Georgia Tech and Marquette will collide in the third-place game of the Fort Myers (Fla.) Tip-Off on Wednesday evening as they aim to rebound from close losses.

A cold shooting spell in the game's final minutes led to the Yellow Jackets (3-1) losing their first game of the season on Monday. They made just one field goal during the game's final seven-plus minutes en route to falling 68-64 to Utah.

Tristan Maxwell's 3-pointer gave Georgia Tech a 57-54 lead with 7:22 to play before the team was limited to four made free throws during a pivotal 9-4 run by the Utes. Deivon Smith converted a layup with 39 seconds left to trim the Yellow Jackets' deficit to two points before Utah pulled away.

Georgia Tech stumbled out of the blocks by missing its first eight shots from the floor and 15 of 17 to find itself trailing 23-4 in the early going.

"I promise you we're a better shooting team than what we've shown this year," Yellow Jackets coach Josh Pastner said. "I felt sometimes there was a lid on the rim."

The Yellow Jackets, however, held the turnover advantage (19-5) and recorded 13 steals in a losing effort.

Like Georgia Tech, Marquette (3-2) fell short in the late going of a 58-55 setback to Mississippi State on Monday.

Tyler Kolek made his fourth 3-pointer to pull the Golden Eagles within one point with three seconds to play. The Bulldogs answered with a pair of free throws at the other end.

Although Kolek finished with a season-high 16 points, he also had just two assists and five turnovers.

"He can really shoot," Marquette coach Shaka Smart said in a post-game radio interview, per the Milwaukee Journal Sentinel. "Tonight was kind of the flip side of what it's been. Most of his games he's been super high (with) assist-to-turnover ratio and hadn't shot the ball as well up to this point.