Warmer shooting on agenda for USC, BYU in Bahamas 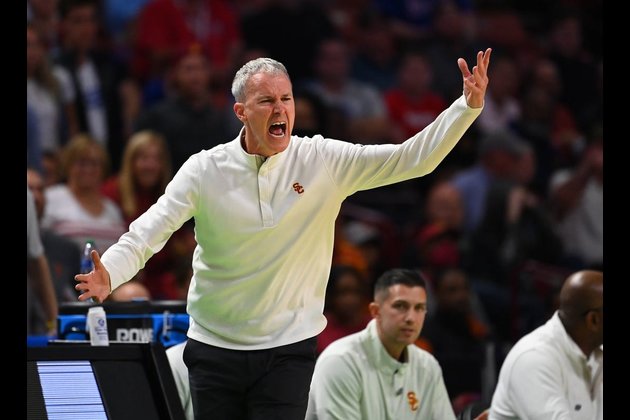 The prestigious Battle 4 Atlantis offers BYU and Southern California the springboard to make a splash on the national landscape, starting Wednesday when they duel in the tournament in Paradise Island, Bahamas.

USC (3-1) had an up-and-down start to the season. The Trojans sputtered in a 74-61, opening-night loss to Florida Gulf Coast, and while winning three straight to follow, the one constant has been an inconsistent offense.

"Our team is developing and improving," USC coach Andy Enfield said following Friday's 83-74 win over Mount St. Mary's, a game that came on the heels of a 59-57 grinder win against Vermont.

Scoring picked up against the Mountaineers, but Enfield said the Trojans need to pick up their shooting from 3-point range to win marquee games. The Trojans went 7 of 22 against Mount St. Mary's and are making just 30 percent of their 3-pointers through their first four games.

"We got a lot of open looks and just could not make a shot," Enfield said in his postgame press conference. "Unfortunately, we were 3 of 19 our first game, and I think 3 of 16 against Vermont. That puts a lot of pressure on your defense."

USC has been inconsistent from long range but is shooting better than BYU.

The Cougars (3-1) come in making just 29 percent from beyond the arc through four games. Coach Mark Pope said he is concerned that BYU ranks among the most turnover-prone offenses in the nation, averaging giveaways on 25.8 percent of possessions, and yielding opponent steals on 17.1 percent of possessions, per KenPom.com metrics.

BYU's roster ranks among the lesser-experienced teams in the nation with a collective Division I tenure of 1.42 years. USC's is 2.09 years.

"We are a young team," said Rudi Williams, one of BYU's seniors, following an 87-73 defeat of Nicholls State on Saturday. "So I feel like I have taken the duty of teaching them things they have never dealt with before, and how college basketball works."

Williams is averaging 9.3 points and a team-high 3 assists per game. He will lead the BYU backcourt against a veteran USC perimeter with Boogie Ellis and Drew Peterson.

Peterson is coming off a near-triple-double performance of 15 points, 12 assists and eight rebounds against Mount St. Mary's.