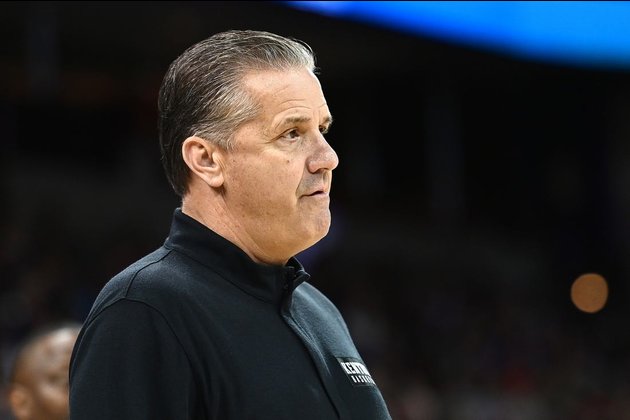 No. 15 Kentucky will try to get healthy and extend its home winning streak to 23 games on Wednesday night when it faces North Florida in Lexington, Ky.

The Wildcats (3-2) sputtered out of the gate en route to an 88-72 setback to then-No. 2 Gonzaga on Sunday night in Spokane, Wash. That loss was costly for Kentucky, which dropped 11 spots in the latest Top 25 poll.

Reigning NCAA Player of the Year Oscar Tshiebwe collected 20 points and 15 rebounds to record his second 20/15 game of the season and ninth in two campaigns with Kentucky. He had 22 points and 18 rebounds vs. Michigan State on Nov. 15.

Jacob Toppin tied his career high with 16 points and Cason Wallace added 14 for the Wildcats, who struggled to find their range. Kentucky shot just 39.1 percent from the floor (27 of 69) and misfired on all 10 attempts from 3-point range in the first half to finish at just 24 percent from beyond the arc (6 of 25).

Toppin raised some eyebrows Sunday night, telling reporters that the team had "no fight" during the first half.

When asked how that was possible in a game given such a high-profile matchup, Toppin took a few moments to compose his thoughts before answering.

"So, you can say whatever you want, but at the end of the day, we're going to put this on ourselves, just to be better. ... The main thing is just fighting. Like I said, we didn't have any fight. So, we'll figure it out."

The Wildcats will try to make some shots against the Ospreys (1-3), who were unable to follow up their lone win of the season in an 83-82 setback to Duquesne on Monday in Pittsburgh.

North Florida made a robust 58 percent of its shots from the floor (29 of 50) and 45.8 percent from 3-point range (11 of 24) against the Dukes. The Ospreys, however, were done in after committing 17 turnovers and allowing 16 offensive rebounds.

Carter Hendricksen followed his 17-point performance in North Florida's 72-66 triumph over South Carolina State on Saturday with 14 vs. the Dukes. The former Lexington Christian Academy standout and Mount Sterling (Ky.) native had eight points in the Ospreys' 86-52 loss to the Wildcats last Nov. 26.

Tshiebwe collected 12 points and 16 rebounds for Kentucky in last year's encounter, the first between the schools' respective basketball programs.