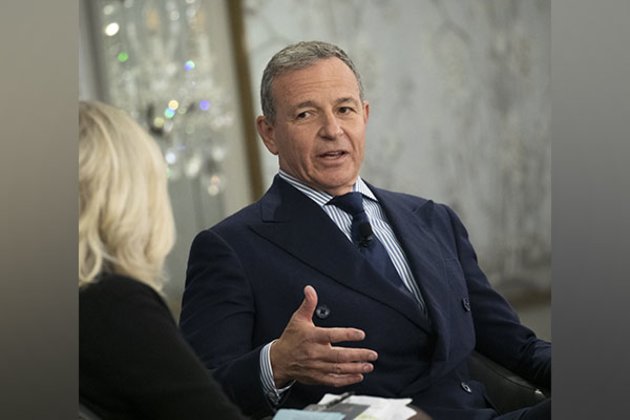 California [US], November 21 (ANI): Less than a year into his retirement, Bob Iger has taken a U-turn against his decision.

Iger has rejoined the Walt Disney Company as its CEO, a post he had retired from earlier.

According to a report by Deadline, the House of Mouse put out a notice which mentioned the return of Iger at his former designation.

His former successor, Bob Chapek is not holding the post anymore.

"I am deeply honoured to be asked to again lead this remarkable team, with a clear mission focused on creative excellence to inspire generations through unrivaled, bold storytelling," Iger wrote in an email to his staff.

'LITERALLY EVERYONE IS HAPPY THAT BOB IGER IS BACK. Best news in a long time' one use wrote.

In an unprecedented move, Iger stepped down as the CEO of the media giant in February 2020, leaving the post to Chapek.

He subsequently served as the Executive Chairman until 2021.

Iger would hold the post for two years this time, as per a report by Deadline.

Identifying a successor would be one of his aims during this tenure.

He had postponed his retirement several times during his first stint at the company's top job.

According to a report by Deadline, Iger unveiled the news of his return to his employees "with an incredible sense of gratitude and humility--and, I must admit, a bit of amazement."He added that Disney "holds a special place in the hearts of people around the globe thanks to you, and your dedication to this company and its mission to bring joy to people through great storytelling is an inspiration to me every single day."Chapek's name was not found anywhere. Iger did not have the most cordial relationship with his former successor, as per Deadline. (ANI)